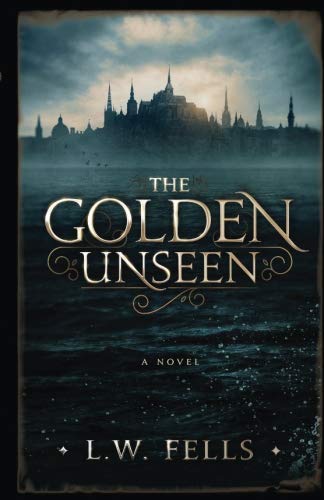 Buy The Golden Unseen on Amazon

Northmen—who know no loyalty beyond that of kin—are about to invade the imperial City of Caldesia, the homeland of the Alminster family!

Thrift, the younger of two sons, sails for an academy he has always planned to attend. An intriguing girl and a sinister mercenary accompany him on the voyage. Soon the cruel and arbitrary way of the sea takes a psychic toll; and when Thrift winds up stranded in a lawless city, he must decide whether to relinquish his dream of attending the academy.

Thrift’s twin sister, Josefina, sets out to cross an enchanted forest. A determined and inquisitive girl, she struggles as a chasm opens between her and her mother and as she is confronted with a new side of a childhood adversary. Navigating the onset of adulthood, she encounters a bewitching sylvan people who harbor a grievance toward civilization.

The older brother of the twins, Michel, vows to stay in Caldesia to fight the Northmen. A conservative knight who favors restoration,Michel is vexed by differences he has with his childhood friend Joe, a mariner and fledgling revolutionary, who sees the imperial order as unjust.

The center may not hold, it seems, as localism asserts itself along the periphery of the Empire and the old aristocratic order trembles. Wrenched away from one another and from the world that they knew, the siblings come of age as an ancient enmity is rekindled.